CABA INNOVATIVES has earned a pride of place for itself in Multimedia Animation and has a proud list of over 17600 students who have passed from the ranks. These CABIANS as they fondly call themselves are all doing commendable creative work in the leading Advertising agencies, Media houses and film and television industry.

Critics and the leading experts in the field of computers have acknowledged CABA.

CABA has to its proud achievement the following commendations and reviews

CABA INNOVATIVES gives training as per world class standards and software. CABA ensures that our students produce world-class results in their course period under the roof. Discerning students from various fields of knowledge and art and innovation specially choose CABA over various other training institutes for its very special courses and in-depth teaching aids.

Despite much publicity or promotions CABA has mainly through word of mouth publicity of its satisfied students witnessed a growth of over 1000% in 26 years. This is no mean achievement in such a competitive situation and shows the trust and confidence of its students in CABA.

The combination of unlimited potential of growth in Multimedia and CABA’s specialisation in the field is a powerful force for growth.

CABA INNOVATIVES
The Mark of Perfection.

Get free counselling by our experienced counsellors. We offer you free demo & trial classes to evaluate your eligibility for the course. 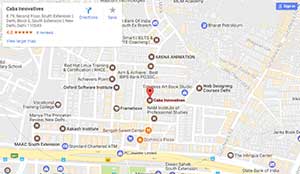